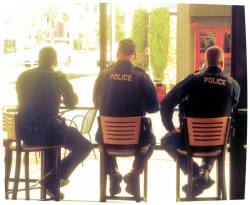 Today from Noon to 1 PM Pacific Standard Time on What’s This Called? your host Ricardo Wang says farewell to the long running program character actor and sound effects producer Tunacan Jones who is passing to the pastoral pastures of Spokane, Warshington. TJ, as his listeners and fans affectionately refer to him, has provided countless skits and commercials during the program as well as unsurmountable creaking chair and coffee percolating audio since he first became involved in the program in the late ’60s when he was fired from the Closet Radio show by Miss Rikki. Perhaps TJ’s most triumphant performance on WTC was as the absent Noah Mickens during this past year’s White Noise Christmas, where he magically became the popular PDX circus impresario for the entire podcast. In any case, this will be your last chance to catch TJ’s wacky shenanigans live on WTC before he retires to a life of agriculture and dedicated WoW playing! Shove aside those rumors he’s actually moving to Gresham and not Spokane, this is probably for real this time!